The following are some important news articles related to  the Conference Director, Pavan Duggal, who has been quoted on various issues and aspects of cyber law, cybercrime, social media, privacy, cyber security and other elements in the law and technology ecosystem:

In this article on Pavan Duggal’s Blog, Pavan Duggal, Asia’s  foremost expert and authority on cyber law, writes his thoughts The case for an international convention on cyber law are as under:-

“Cyber-terror, cyber-radicalization, and cyber-extremism are rearing their ugly heads. It has been estimated that cyber crime will cost businesses more than $2 trillion by 2019.

The absence of any international treaty on cyberspace has encouraged different stakeholders to adopt various methodologies for the purposes of misusing the internet to further their vested interests. Consequently, the rules of the road are not very well defined.

The absence of any international treaty on cyberspace has encouraged different stakeholders to adopt various methodologies for the purposes of misusing the internet to further their vested interests. Consequently, the rules of the road are not very well defined.

Consequently, there is a pressing need to have in place an International Convention on Cyberlaw and Cyber-Security.” Read More

In this article on Pavan Duggal’s Blog, Pavan Duggal, Asia’s and India’s foremost expert and authority on Cyberlaw, writes his thoughts on the legalities concerning Important Aspects Of China’s New Anti-Terrorism Law as under:-

“In the closing moments of 2015, at a time when the world is reeling from increasing threats from militant groups, China enacted its anti-terrorism law, passed by the National People’s Congress on 27 December and effective from 1 January 2016. Prior to this, in July 2015, China passed another important legislation, the National Law on National Security.’

“The new Chinese anti-terrorism law represents the dawn of a new era, and is the country’s most comprehensive legislation to counter terrorism, terrorist acts, strategies, processes, procedures, and methodologies.” Read more

In this article on Pavan Duggal’s Blog, Pavan Duggal, Asia’s and India’s foremost expert and authority on Cyberlaw, writes his thoughts on the legalities concerning  Why 2015 Was A Landmark Year For Indian Cyberlaw as under:-

“The year 2015 was nothing if not eventful, and while some developments generated plenty of sound and fury, others made a quieter impact. As I look back at legal developments, what stands out is how 2015 was a landmark year in the evolution of cyber law in India.

This was the year in which the Supreme Court delivered its landmark judgment in the case of Shreya Singhal vs. The Union of India. The apex court had been called upon to examine the constitutional validity of Section 66A of the Information Technology Act, 2000 and its various parameters from the perspective of the various principles enshrined in the Indian Constitution.” Read more

In this report Dailymail UK, as quoted Pavan Duggal, a prominent authority onCyberlaww as under:-

“The dark net architecture is very different. Not even the service provider will be able to tell you who have visited, hosted or transmitted content,” says Pavan Duggal, a cyberexpert, and author Dark Net, Anonymity and Law.

“In 2016, the dark net will be a major problem. It is the area where all illegal activities including child pornography and online pedophiles thrive,” says Duggal.

Both the National Cyber Security Policy 2013 and IT Act are silent o the darknet, says Duggal. Read more

In this article on Pavan Duggal’s Blog, Pavan Duggal, Asia’s and India’s foremost expert and authority on Cyberlaw, writes his thoughts on the legalities concerning Supreme Court and Indian Cyberlaw-2015 as under:-

“2015 was the year in which the historical judgment of the Supreme Court was delivered in the case of Shreya Singhal v/s Union of India. The Shreya Singhal judgment was historic this year primarily because of three things.  Firstly, it struck down Section 66A of the Information Technology Act, 2000 as unconstitutional because the Supreme Court found that the parameters of Section 66A went against the Constitution of India.” Read More

In this report, cyber law expert Pavan Duggal has been quoted by Business-Standard

“People have this misconception that social media is a ‘free for all’ medium. Boundary lines are often crossed and the language used is reprehensible in many cases. At the moment, it suffers from ‘vomitting revolution’. You vomit out whatever you feel, without realizing the implications,” says cyber expert Pawan Duggal. Read More

The Statesman in this report has excerpted leading cyber law advocate  Pavan Duggal as under:-

“Any service, which conflicts or restricts my choice as a user to visit any destination on the network, is in violation of the law of the land and, therefore, is in violation of net neutrality. India needs to be very careful that it does not adopt these kinds of schemes without looking into the legal gratifications,” noted cyber law expert Pavan Duggal had earlier told The Statesman. Read More

In this report, cyber law expert Pavan Duggal has been quoted by Bloomberg

“With ISIS warning that they’re ready to expand into India, we need to crack down,” said Pavan Duggal, founder of CyberLaw India. “It’s far more complicated than getting tech firms to cooperate. India needs a holistic national approach for how to deal with online terrorism and online activity leading to terrorism, which is currently non-existent.” Read More

In this report, Bna.com has quoted Pavan Duggal as under:-

“If this kind of breach was reported, it would not only force other banks to follow suit” in making such incidents known “it would also result in the setting of new standards for others in the banking/financial services sector to follow,” Pavan Duggal, a New Delhi lawyer who specializes in cybersecurity law, said. “When cyber security is comprised and this is revealed, it puts pressure on the company or bank to fix the problem instead of hiding it.”

Duggal said that under India’s Information Technology Act—which was last updated in 2009 to include data security measures (209 Privacy Law Watch, 11/2/09)(8 PVLR 1574, 11/2/09)—there is no mandatory requirement for companies to generate report data breaches to privacy regulators or affected individuals.  Read More

In this interview, Business Standard asked Conference Director Pavan Duggal about the various legal aspects of the highly successful Augmented Reality game Pokemon GO. He was quoted as under:-

“People get so engrossed in the game that they lose track of their actual world-surroundings. People have been walking into dark alleys or into traps and getting robbed. They have not been able to understand the thin line between virtual reality and the real world. It is possible that they’ll be subjected to loss and bodily injury if they are just going hunting for the Pokemon and are not mindful of the potholes on the road.”

“It is possible that a gamer could be intruding into properties belonging to the government or which fall under the classified category. Your location is already being shared while you play it, and if you are also beaming a location that could potentially be a government-classified property, it could have a ramification on national security or even national sovereignty – ultimately this game is run on servers located in the US and users shouldn’t commit acts that could jeopardise India’s sovereignty or national security.”

In this article, Pavan Duggal, Asia’s and India’s foremost expert and authority on Cyberlaw, shares his thoughts on the legalities concerning Digital Wills as under:-

“The said heirs can ask the digital/social media companies to get access after giving the necessary proof. Invariably, the service provider may not be inclined to give such access without any requisite order from the court of competent jurisdiction. This could mean getting a succession certificate from a court of competent jurisdiction which could be a time-consuming process,” explained Pavan Duggal, one of the nation’s top cyber law experts. Read More

In this article, Pavan Duggal, Asia’s and India’s foremost expert and authority on Cyber law, shares his thoughts on the legalities concerning Digital Wills as under:-

“It is pertinent to note that India does not have a dedicated law on digital inheritance which is, indeed, unfortunate, given the rapid adoption of and reliance on digital data by young Indians,” lamented Duggal. Read More

Pavan Duggal was awarded the letter of appreciation at 4th INTERPOL EUROPOL Cybercrime Conference held in Singapore from 28 – 30 September 2016.

In this article, Pavan Duggal, Advocate, Supreme Court of India and Cyberlaw Expert shares his views on the current position of Indian IT Law and its loopholes:

“Cyberbullying is the number one problem in Indian schools and universities which is not addressed in the Act. There have been no convictions for cyber stalking which is extremely prevalent in India,” Duggal said, suggesting measures such as the setting up of special courts for cyber crime and terror.  Read More

Cyberlaw Expert Pavan Duggal talks about child pornography as “India needs to have a strong legal framework to deal with overall obscenity and pornography, as even children are not safe.” Read More

Pavan Duggal, an advocate at the Supreme Court of India, said virtual reality was the next call for cyber criminals and cyber security would have to play a major role. He said Yahoo was hacked recently and it was the biggest hack. The mobile crime was the next challenge. Virtual reality represented the future of the present, he added.  Read More

Supreme Court lawyer and expert Pavan Duggal recently told The Times of India that the lack of training among cops and judiciary offices was delaying the trial in cybercrime cases and denying justice to a few others.  Read More

“We will have to wait and watch. But companies like Apple may have concerns over privacy and cyber security. There are also privacy concerns over the entire Aadhaar database itself. Historically we have seen how Apple has resisted attempts of FBI,” Pavan Duggal, top cyber law expert and a Supreme Court advocate told this newspaper. Read More

“DigiLocker is a first of its kind in the world and its benefits are immense. However, we need to look at it from an overall perspective. We are asking everybody to upload all their government documents online where the foundation of the same remains cybersecurity,” said Pavan Duggal, a cyber law expert.  Read More

“If the data falls into the wrong hands, it can create havoc,” said Pavan Duggal, an expert in the field of cyber law. “Large scale surveillance of the public should not be the norm, it should be the exemption to the norm.” he said. “It can create unease and lessen the enjoyment of living in a democratic society.” Read More

“In most cases of corporate theft, criminals understand that the weakest links are the people, so they tend to cultivate such links to steal corporate data.” Duggal explains.  Read More

Supreme court lawyer Pavan Duggal, who deals with cybercrime cases, disputed the government’s figures and said that they were not reflective of the real trend. Read More

A lawyer said the offense appeared to fall under Sections 66 and 43 of the information technology act, punishable by imprisonment up to three years and a fine of Rs 5 lakh. “But the case can be taken forward substantially only if the offender is identified,” said Supreme Court advocate Pavan Duggal. Read More

Reliance Jio, Airtel, Vodafone, Reliance Communications and Telenor didn’t respond to ET’s queries. Pavan Duggal, a Supreme Court advocate who specializes in cyber law, said that the introduction of controls would be a step in right direction as it will help empower parents. Read More 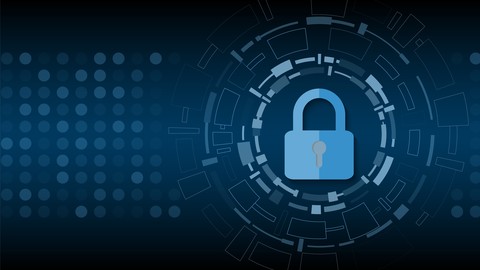